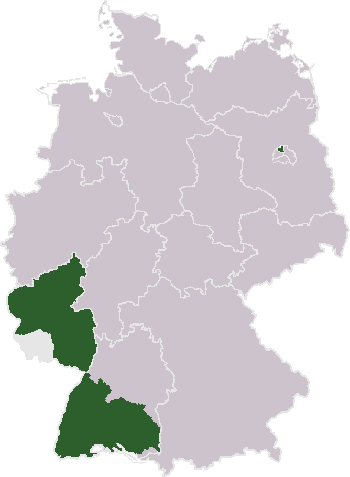 Of the four powers that occupied a piece of Germany after World War 2, France was the smallest and poorest, especially compared to the United States. Information about the French occupation zone is a bit harder to come by (my french is rusty, but I’m working on it!), so I’m always happy to find interesting bits in English or German.

Here’s a chapter in English from a book on public health in the French Zone. Despite the title, this isn’t just about health issues. The chapter gives some good insights into the general attitude of the French towards Germany, and the Germans toward the French.

It wasn’t an easy relationship. The French were  not going to quickly forget being invaded by the Germans in 1940 — and 1914 — and 1870. Many French believed German nationalism was a unique curse over Europe. This was true at the time, though not unusual for other European countries in other eras. France had its own nationalist and expansionist past when Napolean invaded countries across Europe 145 years before.

Regardless, postwar France saw Germany as a country to be reformed root and branch, even if it meant permanently breaking up the country and shifting its center of power from military-dominated Prussia (Berlin) to Germany’s south-west (the future capital for decades would be Bonn, not coincidentally in western Germany and not so far from the French border).

The French flag flew from the Victory Column in postwar Berlin, a pretty obvious signal to the Germans. French pride made many French treat the Germans in their zone with the same disdain and outright racism as they did native populations in French colonies. Level heads in the French military and government were alarmed by this. They quickly saw how bad relations between occupier and occupied could destabilize a Europe that desperately needed to stay at peace. With the strong USSR as a threat, Germany needed to be rehabilitated. That wouldn’t happen unless relations were normalized. The Germans — also a proud people — had to be treated better or they would continue to be a long term problem. The fate of Germany was tied to the fate of Europe as a whole.

And so the fraternization rules were relaxed, allowing French and Germans to socialize and even live together under some conditions. Franco-German marriages increased. Since France couldn’t offer its zone material goods like the US could, it threw itself into showing the Germans how much it cared about culture, the arts and sciences — something the French and Germans had in common. As early as 1946, Bastille Day was a 3-day bash in Berlin complete with regattas and fireworks.

Here’s a very interesting look at the French Sector in Berlin. (in German)

I have two small daughters, and I can be a bit sappy about that, so I couldn’t resist a post about Das Mädchen und der Zwergkönig, a fairy tale written by a German prisoner of war for his daughter Helga in 1945/46. I was cleaning out one of those dusty corners of my bedroom and found the little green book tucked away and forgotten. But its sentiment — the love the author had for a daughter he’d never seen — shouldn’t be.

Once there was a little girl who lived many years alone with her mother because her father was away at war.

That’s the first line of the book, under the chapter title: How Little Helga Freed her Papa.

The story starts with a problem children all over postwar Europe knew: Helga’s family had no more food. So she sets off into the forest to pick berries. But they weren’t hers to pick; the Dwarf King shows up angry at her theft. To make good, she picks the sweetest ones high in the bushes for him. After the dwarf stuffs himself, he’s in a better mood and gives the girl a wish. She asks if her Papa is still alive. Yes, said the dwarf, and he proceeds to give her hints how she can cross the big forest to the castle where her Papa and other soldiers were held captive.

That these were German soldiers and this was WW2 was beside the point. For the purposes of the fairy tale, there was no politics. Just a girl looking for her father. Clemens Köster wrote and illustrated the story while a prisoner of war in France. There’s not much information about what exactly he did in Reims, but it’s clear someone helped him get the paper, ink, watercolors and brushes that he used to write the book and paint pictures of Helga, the Dwarf King and his helpers, and other characters. Somehow, I’m not all that surprised a POW of all people managed to find those supplies, even in a postwar France slowly recovering from German occupation.

In 1946 Köster carried the book with him when he returned to Germany. He found his 4-year-old daughter in the hospital with scarlet fever. Later she described bits of the scene in interviews. She had never seen him before, but his picture sat next to her bed. When he came in, she immediately called out, “Papi!” And he presented her the book as his gift.

Years later when Helga was diagnosed with cancer, she remembered the little book that she had loved as a child and read to her three children. The Bayerischen Krebsgesellschaft published it in 2006 and all proceeds went to cancer research.